Well that is if you follow their logic on this menthol story : 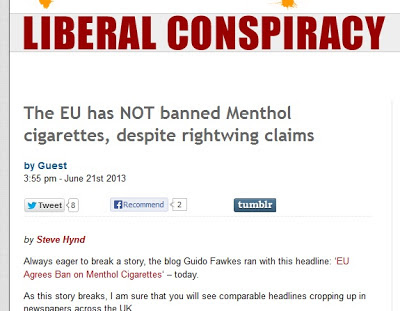 
"So what has happened? The Council of Ministers has met and voted to support a proposal to ban menthol cigarettes (although some Ministers such as the Polish Minister has opposed the move).
This proposal will not become law unless the European Parliament votes it through.
You might at this point think I am being a little bit over the top? A mere technicality you say!"

"Now hectoring health ministers at a meeting in Luxembourg have agreed a prohibition on menthol cigarettes to try to stop younger generations from smoking. It now needs to go through the European Parliament" 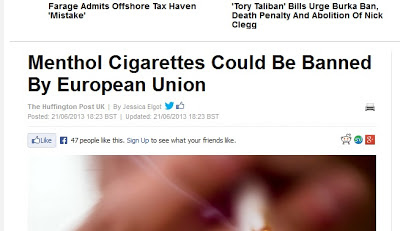