Did The Gaurdians Tax Avoidance Cause The Cuts To BBC World Service?

They say hindsight is a wonderful thing, well KT agrees, KT would love to do things in the past differently, I think somewhere in Guardian Towers they might think the same as well.

Even in Oct 2012 the Guardian were still writing about it : 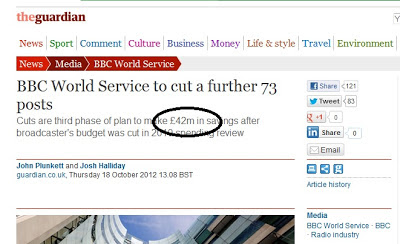 KT has circled the £42 million for a reason, you see just in 2009 Guido Fawkes reported this : 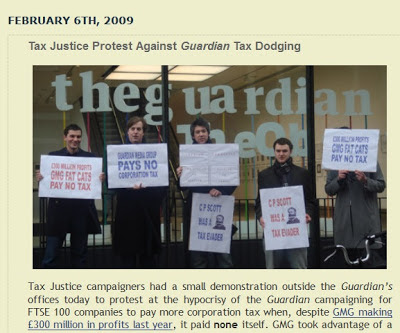 Oh! But that is not all Guido Fawkes says :

"Without exploiting the law they would have had to pay more than £50 million in tax!"

If the Guardian had paid its "fair share " of tax then those cuts may not have been so harsh.

KT is used to champagne socialists being hypocrites, but the Guardian is up there with the Labour Party when it comes to tax avoidance hypocrisy 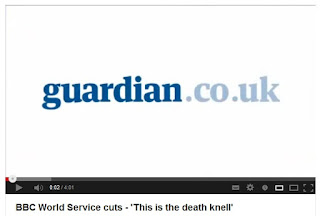