We have seen the protests, we have seen the spin but now a Labour Councillor says Labours "Bedroom Tax" hit tenants harder than Coalition rolling it out to all tenants : 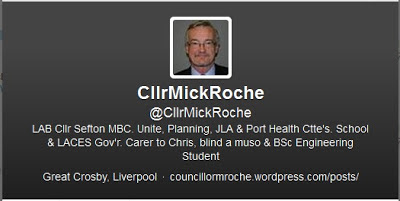 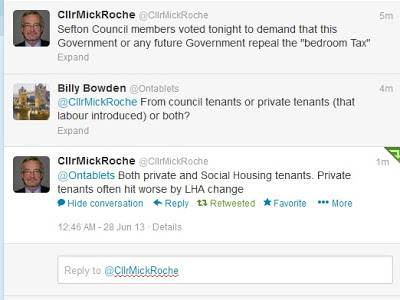 Of course the "Bedroom Tax" for private tenants was introduced by Labour :

""Local housing allowance only applies to private tenants who are making a new claim for housing benefit or who made a claim after 7 April 2008."

No protest came when introduced ( That KT could find) the closest KT has come was Polly Toynbee who wrongly blamed it on Coalition!

Update : Before being blocked by the Cllr he admitted this :

@Ontablets Me too. There are people in my ward who lost around £30 per week. Could be Many private tenants on HB do not reveal that to LL
— CllrMickRoche (@CllrMickRoche) June 28, 2013


Yet where was Ed and Labour then?