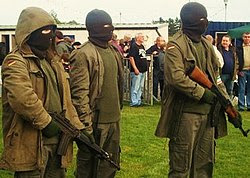 I do hope that is not the global fashion he meant ;)

Tho, to be fair if UKIP ever get into power he wont be allowed one :

"The burka and other face-covering veils worn by Muslim women should be banned, the UK Independence Party says.
Ex-UKIP leader Nigel Farage, who leads UKIP's 13 MEPs in Brussels, told the BBC's Politics Show they were a symbol of an "increasingly divided Britain".
He also said they "oppressed" women and were a potential security threat."