Was about to go for a pint, but then something i saw interested me. 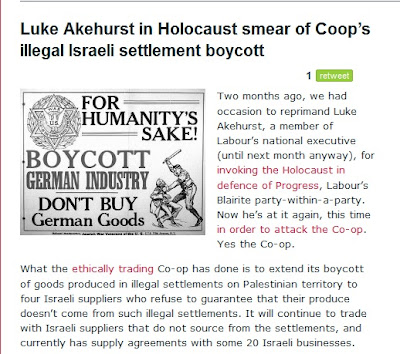 No offence, but if your neighbors kept sending rockets over you might be a tad concerned.

Anyway i then remembered this

Micheal  Meacher is a lead contributor and backer of the site :

"Michael Meacher has been a Labour MP for Oldham since 1970 and a Minister both in the 1970s and, from 1997 to 2003, for the Environment. Since then, he has been a leading critic of New Labour policy on the economy, outspoken on climate change and parliamentary reform and blogs daily here."

Yes, he tries and label himself as *Old Labour*, someone different to the Blairs.

So imagine my shock when i came across this :


"According to documents deposited in the Land Registry and Companies House, the Meachers are the owners of at least nine properties - from third-floor luxury flats to more modest ground floor properties - many acquired after Mr Meacher became environment minister in Tony Blair's government. He has told friends that he now owns 12 properties, and he now takes rent from five tenants.
The family property portfolio is worth around £2m in total.
After the furore over "Two Jags"' Prescott, the epithet "12 homes Meacher" could become a fresh embarrassment for Labour - not helped by the fact that Mr Meacher does not want to come clean on exactly how many homes he owns. His entry in the register of members' interests says tersely "Flats let in London."
He declined to tell the Guardian how many properties he had acquired since he became environment minister in Tony Blair's government in 1997 but does admit to putting his surplus cash since his second marriage to Lucianne Sawyer into property investment."

Now that Guardian post in over ten years old i admit, but now that Tony Blair has long since gone and the nightmare of Gordons leadership gone i think it is time that he tells us how many houses a good socialist should have?

If you are going to lecture people on morals then shouldn't get your own houses in order first?