Freedom of speech (losing track of what number post this is)


This clip was brought to my attention by a few people on timeline earlier.

I have blogged before about the freedom of speech and expression and the second part of the question ( and reply sent shivers done my spine) , anyway listen to the question and answer

This quote is from the local neighborhood team said

"To mock or joke about the tragic events of that morning is morally reprehensible and Thew has rightly been convicted and sentenced for his actions."

Do you see where we are going?

We have had the "Liam Stacey " affair , then we had the "Twitter Joke Trial" case that we had hoped had restored some common sense in protecting free speech, but no, it did not last long, the other week we had this person arrested and jailed over posting a "joke", now there are a few more examples i could give but i want to move on to what this MP is asking. 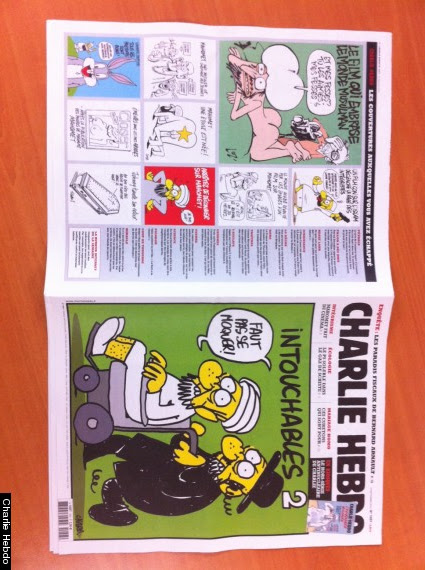 “To learn who rules over you, simply find out who you are not allowed to criticize.”

I don`t know about you but i will bloody well criticize who i want ( Sky fairies included) , For Gods sake (other Sky Fairies available ) Parliament is meant to protect our freedoms not restrict them!

A while ago i posted a blog attacking Jeremy Hunt for blocking a anti same sex marriage bus advert but allowing a pro same sex marriage advert, i got called a "homophobic fuckwitt" (quite funny as i am gay and support same sex marriage) , supporting the freedom of speech and expression does not mean you agree with everything that is said.

We should be proud of freedom of speech and protect it with all we have, not be afraid or ashamed about it and then try and appease those that are "offended" by our use of it, and if our politicians cannot see that then they really are not fit for office.


Remember offense can only be taken, never given.
Posted by Billy Bowden at 18:16