KT is disturbed at this story from Greece , actually disturbed is not the word, KT is fuming about this : 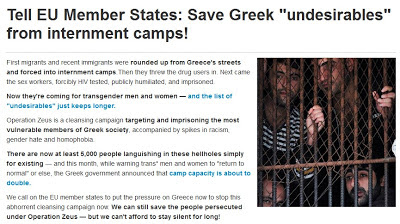 "
"There are now at least 5,000 people languishing in these hellholes simply for existing — and this month, while warning trans* men and women to "return to normal" or else, the Greek government announced that camp capacity is about to double."

Now Greece is a member of the EU which says : 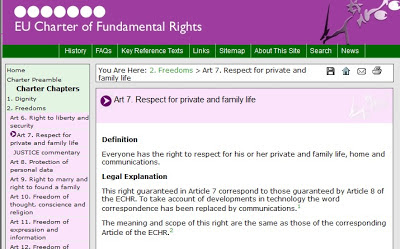 KT suggests that any money due to Greece from other EU members is withheld until this barbaric policy is halted and those responsible held to account!

Update : An MP has said that they will table a question to Foreign Sec :


KT will update readers with the reply!