Gordon Brown In Word And Actions 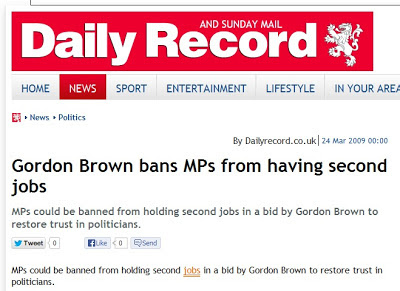 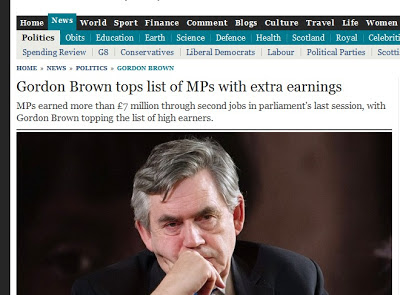 Remember in 2009 the move was meant to "Restore Trust" , all it has done prove that politicians say one thing and do another and it is an example of them treating voters with utter contempt.

If Gordon wants to go round and do all this charity work then resign as an mp (which is actually his first and main job), if he wants to be an mp then turn up and do the job!
Posted by Billy Bowden at 21:09