So the leaders are the four parties are all on twitter (Tory,Labour,Lib dems and UKIP) , who has the most followers? well in last it is UKIP leader Nigel Farage 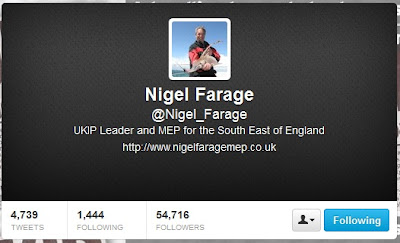 Then we have Nick Clegg 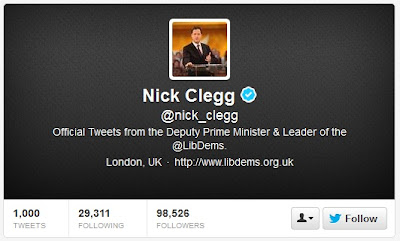 And then, we have Ed "One Nation" Miliband 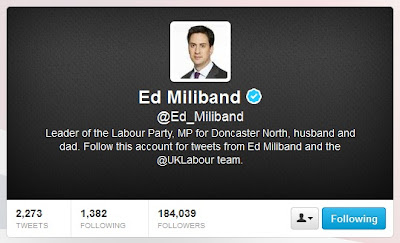 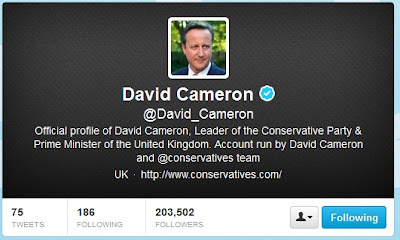 Update : Has just been pointed out to me by SimonMagus that Nigel is the only one without a blue tick.....