Its been a rough day for the Lib Dems , they have had a little trouble with a sitting MP saying something wrong, but it seems its not confined to sitting MPs, This blog was brought to KT`s attention,it is dated from 5 days ago, Its a blog about George Osborne 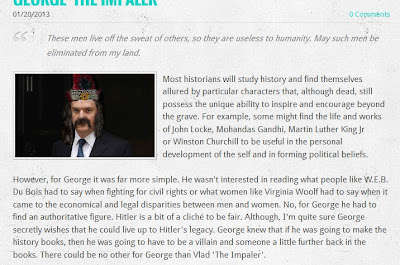 In which he says :

"No, for George he had to find an authoritative figure. Hitler is a bit of a cliché to be fair. Although, I'm quite sure George secretly wishes that he could live up to Hitler's legacy."

Hitler was responsible for millions of people being gassed, tortured, bombed and murdered, comparing him with current chancellor is ridiculous and shows a lack of maturity.

KT has also been told he is a PPC, Maybe he could stand for Lib Dems in Bradford as they may have a seat coming up soon! 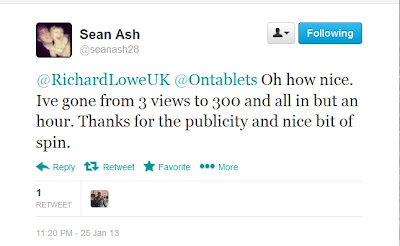 KT cant see the spin, but is glad to offer this free public service......
Posted by Billy Bowden at 21:58