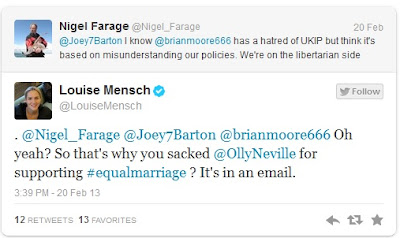 KT has said it before, but it is not for the State to dictate hat i choose to wear, but what alarms KT even more is that they say they will ban it in "certain private buildings" , UKIP are as big state as the other parties, tho they cover that up with their anti EU stance.

Email ThisBlogThis!Share to TwitterShare to FacebookShare to Pinterest
Labels: Party