Its The Jews Fault

Let KT start of with what KT agrees with, KT agrees with the speaker on "Banksters" , they have (with help from politicians on all sides) robbed us blind, while KT puts the blame more at politicians for feet bailing them out ( It was wrong to bail out the banks  ) its clear that blame also lays at their feet, but that where the agreement ends, what comes next is, well, er, watch for yourself :

While KT will defend his right to free speech KT will also use the same freedom of speech to disagree, I think he needs to smoking whatever he is smoking, KT supports Israel and its right to exist, KT does have concerns that Israel is held to a different standard than others and thinks that people who do bring up legitimate criticism are shouted down quickly and labeled "Anti-Semites".

KT was going to put up a note explaining the hat-tip for video, first of all KT does not endorse the words in it, KT came to the conclusion a while ago that hat-tips when using other peoples work are basic blogging manners ( tho slightly different if it comes via Twitter as i usually hat-tip the person that tweets it) :

KT thinks by now readers will see where this is going, The video is titled "John Friend vs Commie Jew" , "Commie" KT takes to mean "Communism" which is like "Marxism" which is like "Socialism" , In fact that reminds KT of one of ( if not) the most famous socialist politician in the last hundred years : 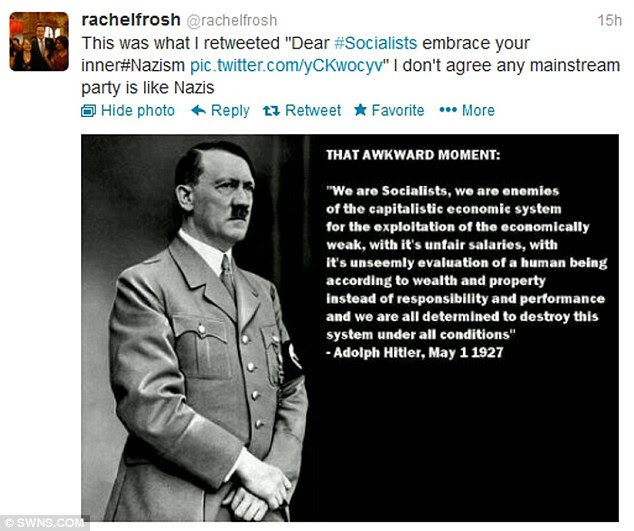