Leveson : You Were Warned

For many weeks since Leveson was published we have been told by supporters of Leveson that we should have nothing to fear from the proposals, well i have always been skeptical about that claim , see i have this hunch that any power the state it will abuse that power at some stage, so the other day when i saw this i was not surprised (from Press Gazette ) 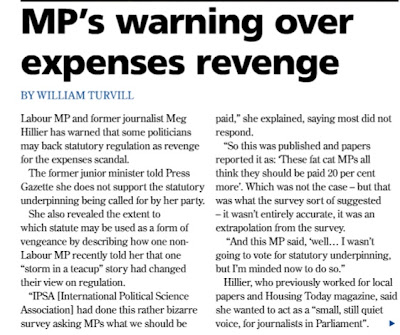 Yep, some of the people that are upset at being exposed at the thieving dishonest people they were now want revenge. I have written and tweeted many times about how the peoples free speech and expression has been taken away, indeed a story in the BBC only yesterday got me raging 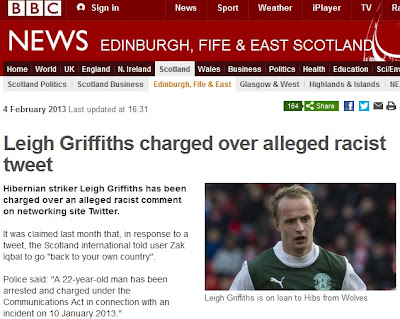 " It was claimed last month that, in response to a tweet, the Scotland international told user Zak Iqbal to go "back to your own country".

Yes, a man is charged for saying "go back to your own country" , the freedom of speech which means the freedom to "offend" and the freedom to make yourself look a right twat ( I do it many times on twitter after a visit to the pub). And now the politicians want to regulate the press with some saying its out of revenge for the expenses scandal.

At least some are honest about their intentions.........