So we had a debate on on fairness for equal marriage on Tuesday , But one man was absent (among others), he was the man that said this :

" Mr Brown took full personal responsibility for Labour’s failure to win the election, but vowed the party would “fight on” for fairness in Britain"

So, when the vote came along for equal marriage you would expect him to vote , well no

Instead he was here 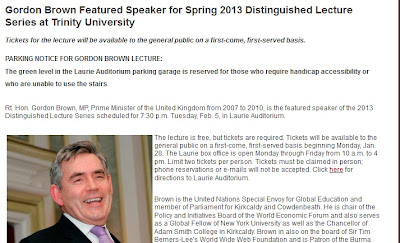 Nice to know that he is fighting on for fairness eh!
Update :

Think we have heard all this before, still, lets see how much the cheque he gets for this is eh?


Thanks to yeskatiedear for Guardian link and LouiseMensch for finding Gordon :)