In Haaretz it reports that a graduation mural didnt go down to well :

"Thailand's prestigious Chulalongkorn University issued an apology on Facebook Monday for a mural on campus that depicted Adolf Hitler and was used to mark recent graduation ceremonies." 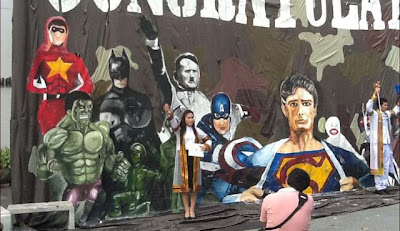 KT hopes that whoever thinks Hitler is a superhero grows out of it.
Posted by Billy Bowden at 01:52