Comrade Barton sets out his manifesto!


Who would have guessed that Joey was a fan of Eugenics? 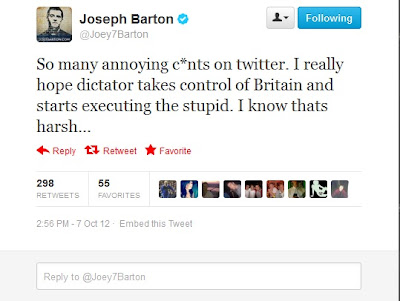 Theres too many people on the planet already. I am just letting you all know that I am in favour of a cull of the stupid.
— Joseph Barton (@Joey7Barton) October 7, 2012


and just to be clear