Nick Clegg is right! sort of...

Shocking news coming out of Portsmouth today, it seems the local MP has been snubbed by Nick Clegg. 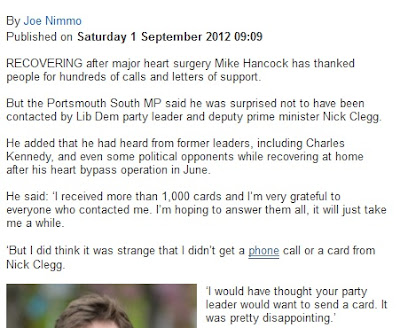 Now some will be outraged that Nick snubbed him, however for once Nick may have been right.

Mike has had a an interesting time of it in last few year :

Or maybe it was this a few years 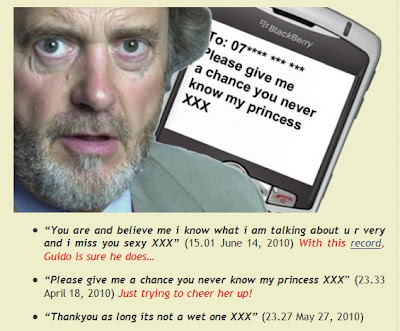 I can disagree with politicians on policy no problem but when it comes to wrong uns like Mike i have no sympathy with him over being snubbed by Nick Clegg.

Of course had Nick Clegg any balls he would kick Mike out of the party.

If politicians want to restore some trust in politics they have got to stop covering up or playing down their comrades crimes and speak out against those on the same team and not just the opposition.