So PSBook run this story about the Daily Mail and its historic links to supporting Hitler : 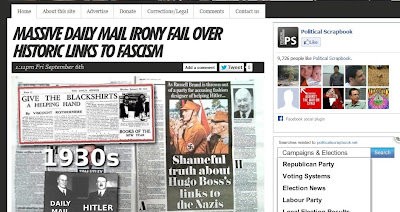 They add at the end :

The blog that was set up "to make life difficult for the right" (quote from wiki ) but instead all it does is make itself look silly like it did before .

The one thing that is missing from the Scrapbook post is the name of Hitlers party , so allow me to remind you :

Yes, Hilter was a socialist as this blog has pointed out before using Hitler`s own words :