Now the dust has settled after the recent by elections we can move on to other stuff, well i say we can move on, but it seems one person cant move on.

"Winston McKenzie of the UK Independence Party was third with 1,400 votes"


But just over a week later his twitter profile still says 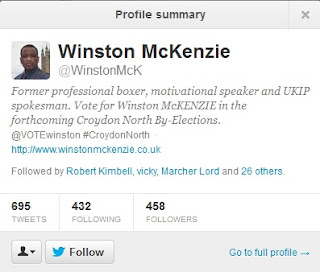