You can always trust a politician to make over the top statements, well here is another one 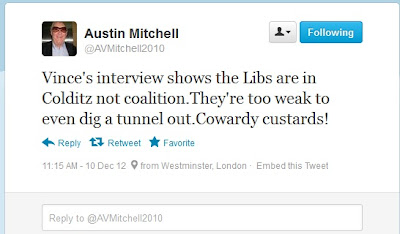 So, what did happen at Colditz ?

The irony is shocking seeing as this is in Wiki :